Lao New Year is a lunar new year celebrated around April 13-16 of every year by Laotians as well as Thais, Burmese, Cambodians and Sri Lankans. The holiday is officially known as Songkran which is derived from Sanskrit (the ancient language used in Buddhist texts). In Laos it is also known as Pi Mai (which literally translates to New Year.)

Please reference below for the menu that they will be serving on that night. 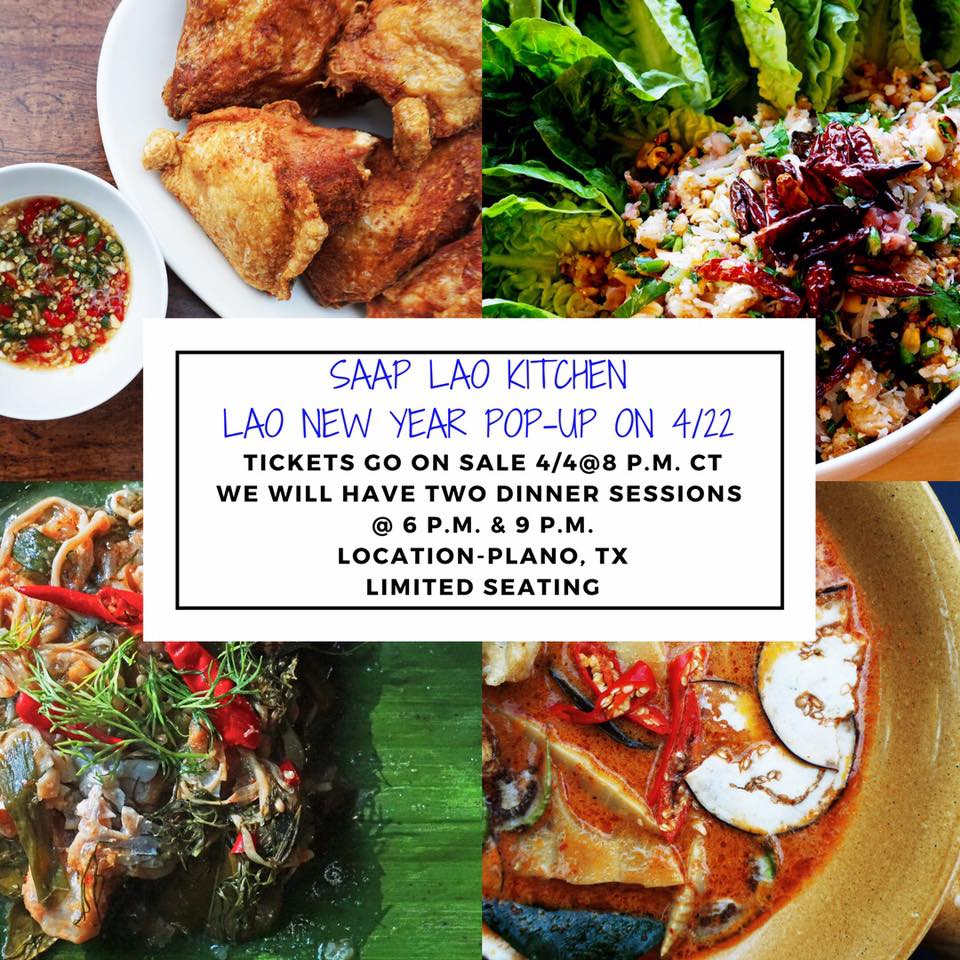